Alan is an Elkins native who now resides in Barbour County.  He spent time at WDNE am/WVHT (now WDNE FM) in the mid 80’s to the early 90’s. Later he moved to WELK and was News Director  and did some play by play announcing.  He also spent 6 months as an intern and WDTV, and while there,  he assisted Kristi Byner in filming the local scenes and interviews for the Snow Girl Saved episode of Rescue 911.

Outside of radio he was in Fire/EMS, served as Region 6/7 BLS Coordinator for 7 years,  was part of the EMS for President Clinton’s visit to Clarksburg and before becoming disabled, the Workforce Engagement Manager for the Red Cross.

I am beyond blessed to come back home to WDNE/WELK. Please join him for the overnight Night AL Show on 98.9 WDNE. 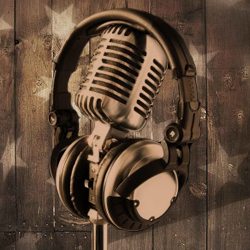